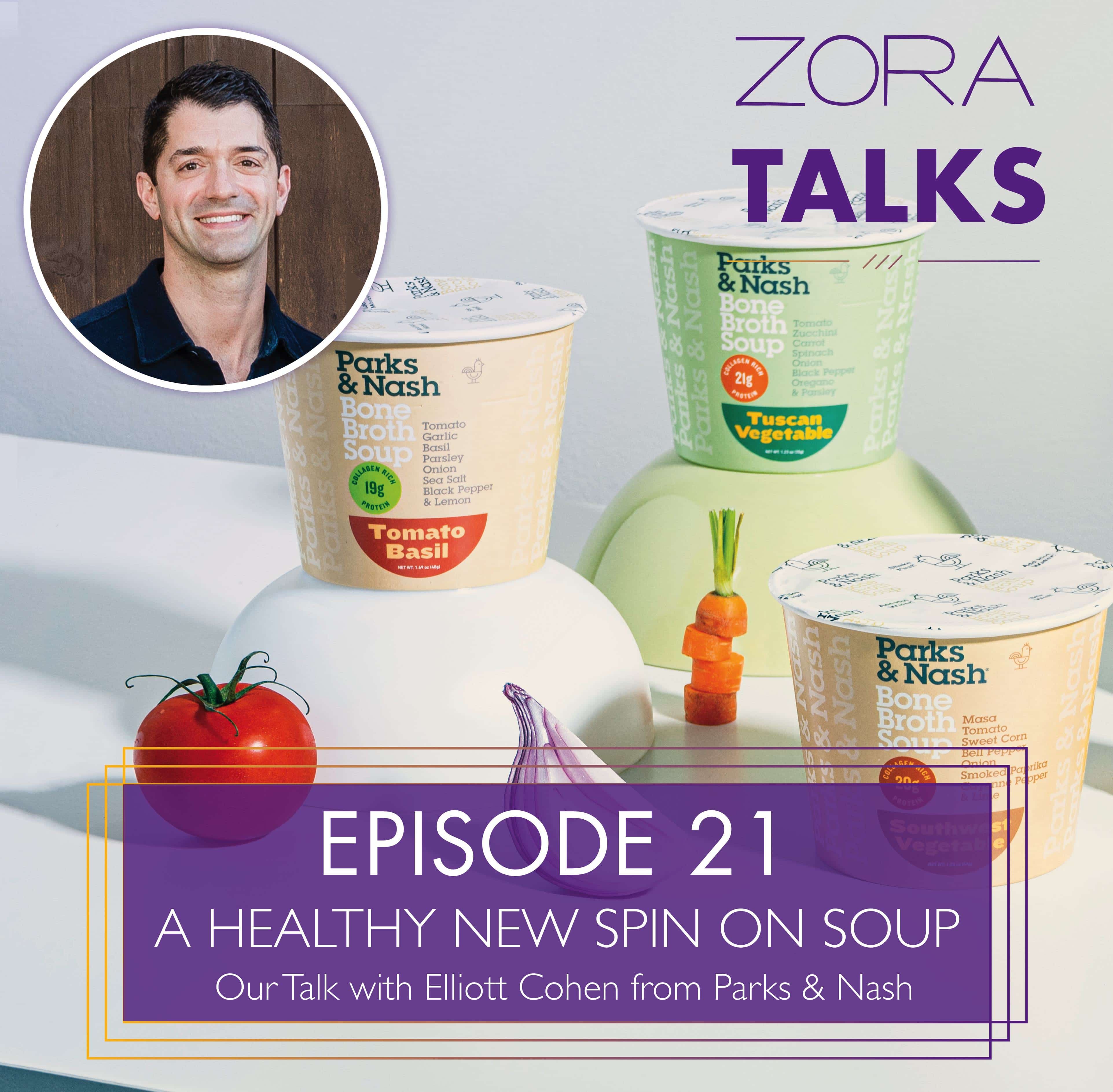 A Healthy Spin On Soup

Today we’re going to talk about soups. In this episode, we’re joined by Elliott Cohen, the president, and chief operating officer of Parks & Nash. This Chicago-based startup has been around for about two years now. It has been getting a lot of attention for its unique twist on a beloved American dish.

Elliott was in consulting, fell in love with better-for-you foods, and switched careers to pursue his passion. He identified a trend around bone broth soups which were jumping off the charts and was an emerging, hot market — after he met David Crooch, then a solo founder, and he decided to join and help Parks and Nash grow.

Parks and Nash was founded on the principle of being a farm-to-table company. Their soups made from bone broth are healthy and good for you, and they’ve made Parks & Nash be both delicious and nutritious. It’s a savory meal in a bowl that helps people lose weight, prevent disease, and live longer.

Elliott shares some of his best tips for getting the word out about a new business. These include working with Ibotta for digital coupons, working with Instacart to participate in online retailing, taking advantage of retailer apps, loyalty cards, reward programs, and using social media to promote his brand.

PRESS PLAY ABOVE TO LISTEN TO THE ENTIRE JUSTICE OF THE PIES EPISODE.

Zora Talks is also available on Apple, Spotify, Stitcher, and everywhere you listen to podcasts.

Be sure to follow us on Twitter @ZoraDigital so you can be the first to hear our next episode.

Zora Digital is a Chicago digital marketing agency. We help modern lifestyle brands with a spirit of innovation navigate the digital landscape and create significant ROI.

This site uses Akismet to reduce spam. Learn how your comment data is processed.