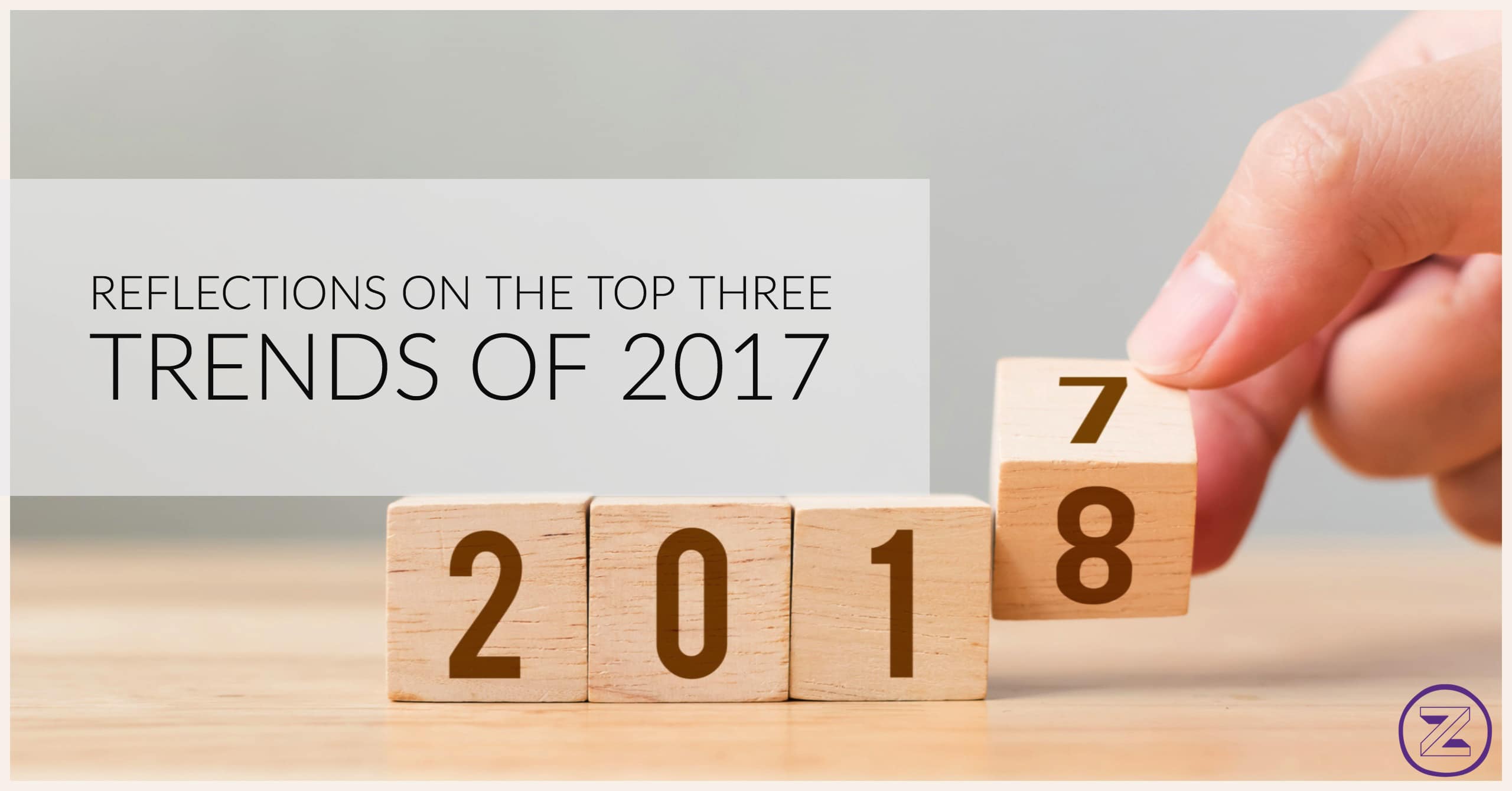 Reflections On The Top Three Trends of 2017

A new year is already upon us.  But it never hurts to look back on the year that was to see what occurred, what we learned and what it means for the year ahead. When reflecting on the trends that caught fire in 2017 here are what we thought were the top three:

We can wait to see how these trends evolve in 2018, how about you?

Zora Digital is a Chicago digital marketing agency. We help healthy lifestyle brands with a spirit of innovation navigate the digital landscape and create significant ROI.