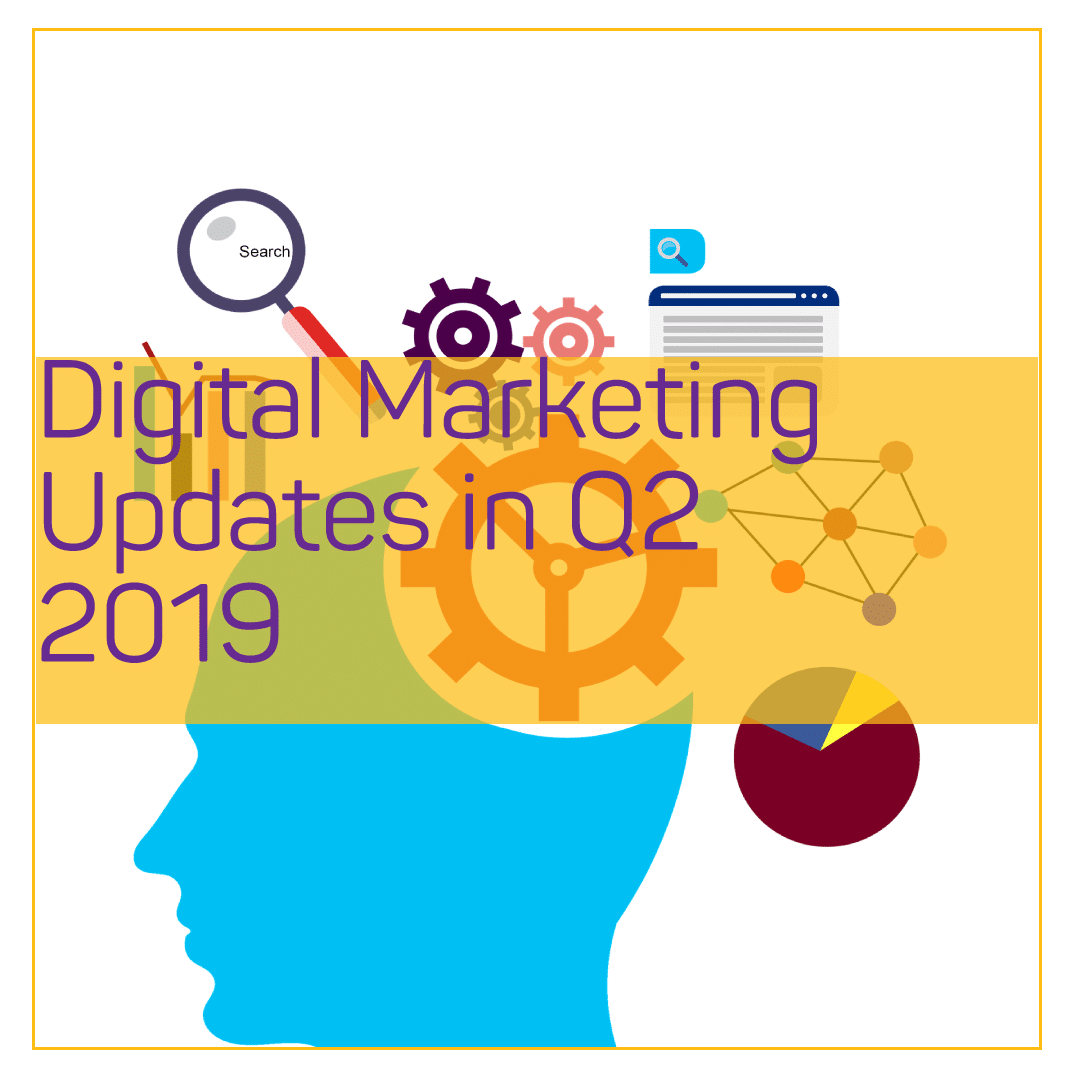 Digital Marketing Updates in the Second Quarter of 2019

2019 is halfway over, which means there is an abundance of new marketing and digital ad updates to put to use in your business. The second quarter brought significant changes to Facebook, Pinterest and Google’s Ads platforms. Twitter also made a couple of updates to increase user engagement, while Instagram’s updates focused on branded content and encouraging buyer behavior.

If you missed the updates from the first quarter, head on over to the most recent post to catch up.

In May 2019, Google launched its new Performance Planner, which helps identify how much you’re spending and how much you’re allocating to each campaign. With its ability to simulate ad auctions, it predicts conversions.

In June, the Google Ads mobile app was updated to allow the creation and editing of responsive search ads. Also available within the app is the ability to create negative keywords, add negative keywords directly from the search query results card and receive recommendations to remove conflicting keywords.

In May 2019, Instagram launched the ability to tag products in posts. With this new feature, content creators and influencers can more effortlessly advertise their products while making it easier for followers to find links to purchase said products.

In June, Instagram released a new feature allowing brands to advertise branded content posts created and posted by influencers. Now, posts that are uploaded on an influencer’s page (labeled as an #ad) can be promoted by the brands they partner with, making them appear on peoples’ feed with a “paid partnership with…” disclaimer.

Instagram also announced in June the introduction of ads within the explore page in an effort to reach new audiences.

Facebook also introduced two updates in April to make communication between businesses and customers easier. Messenger’s new generate lead template, integrated directly into the Ads Manager, allows businesses to create ads that lead to an automated Q&A where they ask potential customers what they’re looking for. Facebook also integrated an appointment booking program into Messenger which syncs with a business’ calendar system, giving the user a real-time look at appointment availabilities.

In June, Facebook updated its video creation kit with several new features to make it easier to create and customize videos. The new video optimization feature allows users to quickly transform a single video into multiple videos along with the ability to change aspect ratios. The update also includes the addition of new templates and fonts, the ability to save drafts of your created videos and seasonal templates and stickers for specific holidays and events.

In May 2019, Twitter rolled out a new feature allowing users to add images, gifs and videos to their retweets. When clicking on the “retweet with comment” option, the included media will be displayed, reducing the visibility of the original tweet to a link that users must click on to view.

Twitter also updated its live video stream feature with the ability to allow four users to broadcast simultaneously. One user hosts the live broadcast, with audio and video capabilities, while the other three users must be invited to the broadcast and will receive audio-only streaming capabilities.

Other News in Digital Marketing

Facebook announced its plan to shift to a more private future as it focuses on smaller, close-knit communities. The brand will present users with the opportunity to interact with close family or friends in more private spaces. While this new pledge of privacy may be good for Facebook’s users, it may stifle organic interactions between brands and consumers.

LinkedIn acquired AI startup Drawbridge, which will “help its customers measure the ROI of their campaigns across platforms.” with access to Drawbridge’s technology, LinkedIn will be able to help users identify and understand their audiences better.

Facebook decided to crack down on users whom the network feels exhibit behaviors related to spreading fake news or extremist views by permanently banning them. The bans, which span across all Facebook platforms, come after the World Federation of Advertisers called out tech platforms for not upholding their moral responsibility for the content hosted on their platforms.

AT&T’s advertising unit Xandr launched Community, its new ad marketplace. Its goal is to ensure advertisers’ reach is extended to audiences whose content consumption is fragmented across multiple platforms.

E-commerce company Alibaba launched an English version of its Tmall website, which helps brands sell products to Chinese consumers without the need for their own delivery and fulfillment systems. The introduction of the English website will allow foreign brands to easily extend their reach in the Chinese market while making use of Alibaba’s staff and resources.

Spotify launched its new audience tool, which will now allow brands to target podcast listeners. As of now, the tool is available in select markets such as the US, Canada, Mexico and Brazil.

Zora Digital is a Chicago digital marketing agency. We help healthy lifestyle brands with a spirit of innovation navigate the digital landscape and create significant ROI.